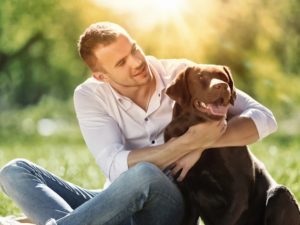 Arizona Governor Douglas Ducey signed bill SB 1248 in May 2016, effectively enacting penalties for pet store owners who obtain puppies and/or kittens from any commercial breeder required by the U.S.D.A. to be licensed but who is not in good standing with the U.S.D.A.

The Governor wrote, “I would never, ever support any business operation that would endanger dogs and subject future generations of puppies to health risks and defects.” Click here to read Gov. Ducey’s letter.

Puppies ‘N Love and Animal Kingdom support this bill wholeheartedly. As a company, we are committed to ensuring the puppies we sell come from reputable, upstanding breeders who we know and trust, whose operations are transparent and whose puppies are cared for with exceptional animal husbandry.

Our breeders are distinctly different from substandard breeders or puppy mills that we oppose and are actively in favor of shutting down. Our Web site features the names of our breeders, photos of their facilities and puppies and U.S.D.A. license numbers for all of our commercial breeders, so we are passing that transparency onto the consumer.

According to federal law, only large-scale commercial facilities that breed or broker animals for resale—to pet stores for example—or sell puppies sight-unseen, such as over the Internet, are required to be licensed and inspected by the U.S.D.A. because they are considered “wholesale” operations. Those that sell directly to the public face-to-face—thousands of facilities that breed and sell just as many puppies as their wholesale counterparts—are not required to adhere to the Animal Welfare Act or to any federal humane care standards.

“SB 1248 adds accountability to pet stores which we support. Puppy mills are despicable and we would never support them in any way. But a move to ban regulated pet stores from selling puppies that come from commercial breeders will only ensure that people who want a purebred or hybrid puppy will have to buy them from unregulated backyard breeders and/or the Internet,” says Frank Mineo, CEO of Puppies ‘N Love and Animal Kingdom pet stores in Arizona.

SB 1248 is the result of cities’, such as Phoenix, Tempe, and Tucson, misguided attempts to restrict/eliminate puppy mills and the sale of dogs and cats from them by passing ordinances aimed at restricting pet stores from selling commercially bred dogs and cats allowing them only to sell those obtained from rescue groups.

“Puppy mills are by definition substandard, unregulated kennel operations that are legally prohibited from selling their puppies to retail pet stores in the United States. Puppy mills can only thrive through unregulated markets such as craigslist and flea markets,” says Edwin Sayres, former president of the ASPCA and senior advisor to Pet Industry Joint Advisory Council or PIJAC.

“No pet sale ban has ever led to the closure of a puppy mill. Instead, the bans have put out of business some responsibly managed pet stores who were not selling puppy mill puppies. Pet sale bans – to date – have not only missed the target of eliminating a single puppy mill, they have caused collateral damage to small business owners of pet stores selling puppies raised with humane care standards far above the U.S.D.A. requirements,” he says.

What does SB 1248 mean for pet stores and consumers?

“We sincerely appreciate the support of our community, the pet industry and everyone who has helped us ensure that Arizona families have the right and opportunity to purchase puppies of their choosing while doing all we can to ensure those puppies are cared for with knowledge and compassion,” says Mineo.

CEO and Founder of Gabriel’s Angels in Phoenix Pam Gaber says, “Vicki and Frank Mineo demonstrate they care through their philanthropy. Gabriel’s Angels is an organization that treasures the compassion and healing powers of dogs and the magical bond they have with people. I am pleased to say that Puppies ‘N Love and Animal Kingdom stores only purchase puppies from responsible breeders who protect, preserve and better their breeds.”

The public is invited to stop by any Puppies ‘N Love and/or Animal Kingdom store to check out the conditions, the puppies, the employees and to ask questions.

“We have been in the pet business for more than 40 years and we are committed to excellence in the way we treat our puppies, our people, and our patrons,” Mineo adds.