A Brief History of the Most Popular Hybrid of the Year

The Golden Retriever is a staple of the American family. With their friendly temperament, unwavering loyalty, high intelligence level, and eagerness to please their owners, they are an ideal pet for many households. However, the lustrous golden coats from which they derive their name does mean a lot of shedding. They also may be too large for individuals living in apartments or small homes, and they also can be prone to certain health conditions. Fortunately, a solution exists to address many of these problems – creating a hybrid breed! Thus, the Goldendoodle was born. This cross between Golden Retrievers and Poodles has swept the nation for the past few decades and it seems you can’t go out on the town without spotting one of these happy-go-lucky, fluffy creatures. 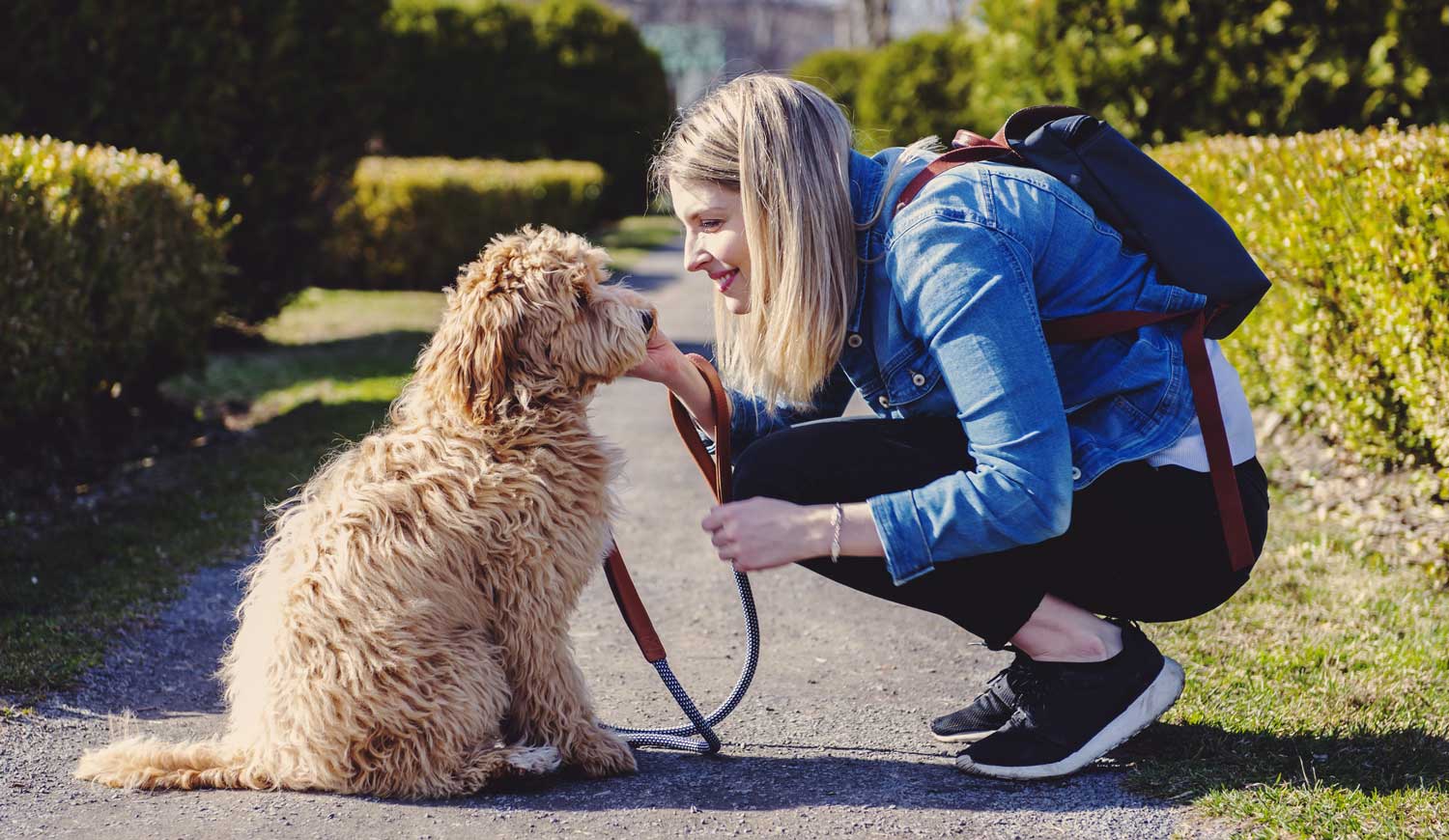 The precise origins of the Goldendoodle are unknown. Recorded instances of crossbreeding Golden Retrievers and Poodles date back as early as 1969 when they were bred by Monica Dickens, great-granddaughter of the illustrious Charles Dickens himself. However, they did not come into mainstream popularity until the 1990s. In 1989, Wally Conron sought create a dog both hypoallergenic with the temperament to be a guide dog led to the creation of the Labradoodle. The world was instantly in love, leading to more poodle mixes.

The following years saw an explosion of hybrid popularity. Crossing various dog breeds with poodles created oodles of “doodles”! One of the first to rise to prominence was the Goldendoodle. The name “Goldendoodle” was never officially registered, so there is much debate as to who was the first to develop the breed. What can be certain is that by the mid-90s, Golden Retriever-Poodle hybrids under the moniker of “Goldendoodle” were rapidly on the rise. Today, Goldendoodle is the quintessential modern family dog and can be seen everywhere, not only accompanying the rich and famous but in regular neighborhoods, dog parks, and on the hunting field. 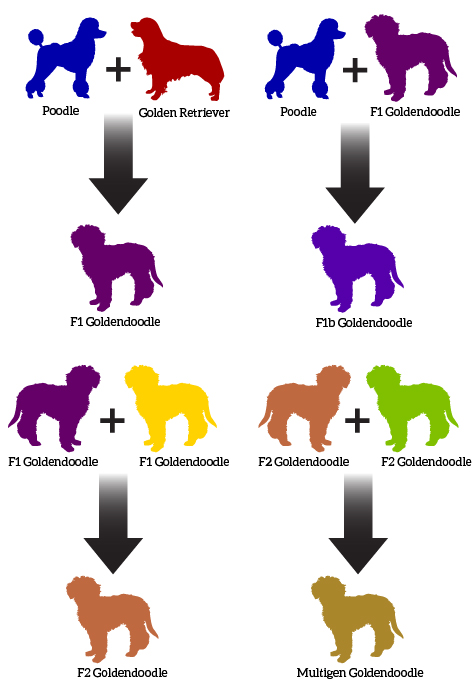 Goldendoodles are the result of a deliberate breeding of Golden Retriever and Poodles with no additional breeds in the gene pool. The percentage of the dog’s genetics composed by each breed is determined by their generation. Most goldendoodles are first generation puppies, also known as F1. This means that they are bred from a purebred Golden Retriever and purebred poodle, resulting in puppies that are 50% of each. However, when a breeder takes one of these resulting “F1” puppies and breed them with another Poodle, this is called an “F1b” puppy, indicating a “first generation backcross”. If two Goldendoodles are bred together, they would be considered second generation (F2) puppies. Finally, Multigen (multigeneration) Goldendoodles result from breeding two Goldendoodles who are second-generation crosses or beyond.

Why would a breeder not simply breed every Goldendoodle as a first-generation Goldendoodle? As with all hybrid dogs, there is no guaranteeing which traits that the puppies will inherit from each parent. For instance, many individuals are attracted to the goldendoodle breed because they shed less than a Golden Retriever. However, should a puppy inherit its fur texture from its Golden Retriever parent rather than its Poodle parent, it is possible to end up with a puppy that sheds more than desired. By breeding a Goldendoodle with a Poodle and creating an F1b puppy, their offspring will be 75% poodle and will be more likely to have a Poodle’s full, curly coat that sheds much less. The breeders carefully select for a variety of factors, including size, temperament, reducing genetic predisposition to disease, and color.

Goldendoodle fur generally comes in one of three textures – straight, wavy, or curly. As a rule of thumb, one can generally assume that the curlier that the hair is, the less the dog will shed. A majority of Goldendoodles will be of the wavy variety. Both wavy and curly need regular brushing and grooming to avoid knots and matting. They also need periodic haircuts. Both of these coat types are allergy friendly and exhibit lessened to virtually no shedding.

Straight-coat Goldendoodles, also called “hair coat” or “loose coat” Goldendoodles, inherited more of the genetic characteristics from the Golden Retriever parent. Their coats are low-maintenance, but they do shed more than other varieties. They are also the most likely to aggravate allergies, though all types of Goldendoodles are less likely to cause allergy issues than a purebred Golden Retriever.

Golden Retrievers typically come in very few colors – namely, solid shades of gold, cream, and red. Poodles, on the other hand, come in much more diverse colors. As a result, there are whole host of potential looks for Goldendoodles! From the more traditional Golden Retriever colors to black, gray, apricot, silver, or even multiple colors like black and white, parti, merle, and more! When choosing a Goldendoodle, bear in mind that their colors may shift over time, and that rarer color patterns tend to come at higher adoption fees.

Golden Retrievers do not vary much in terms of size and weight. According to the AKC standards, they stand at 21.5-24 inches tall and weigh anywhere between 55 and 75 lbs. Poodles, once again, provide more variety. Poodles can be Standard, Miniature, and Toy sized. The size of the resulting puppies depends on the type of Poodle bred with the Golden Retriever or Goldendoodle.

Like most dog breeds, Goldendoodles do most of their growing in the first six months of their life. By a year, they have usually reached their maximum height, but may continue to grow until they reach 1-2 years of age. It is difficult to predict the size of a full-grown dog based on their size as a puppy. However, the following can be used as guidelines to ballpark a puppy’s eventual weight and when they will stop growing.

Generally will reach half their weight around 6 months of age and will plateau around 7-11 months.

Will reach half their adult weight at 3.5-5 months of age and will plateau between 11-13 months.

Generally will reach half of their adult weight around 4.5-6 months of age. Will plateau at their full weight between 12.5 and 16 months.

Is a Goldendoodle Right for You?

Puppies N’ Love and Animal Kingdom are committed to promoting responsible ownership. Before any family takes a new pet home, we urge them to carefully consider whether this new pet will fit with their lifestyle. Is a Goldendoodle a good fit for your household?

The Goldendoodle makes a great four-legged family member, and they are the most successful of all the hybrid crosses. They are intelligent, affectionate, gentle, and will rarely show any signs of aggression. They have a reputation for being an excellent dog for first time owners since they are both smart and respond well to training. They crave attention and are very intuitive, which means they can excel as therapy or service dogs. Both Poodles and Golden Retrievers have high energy levels, so Goldendoodles are suitable for sporty and athletic activities. 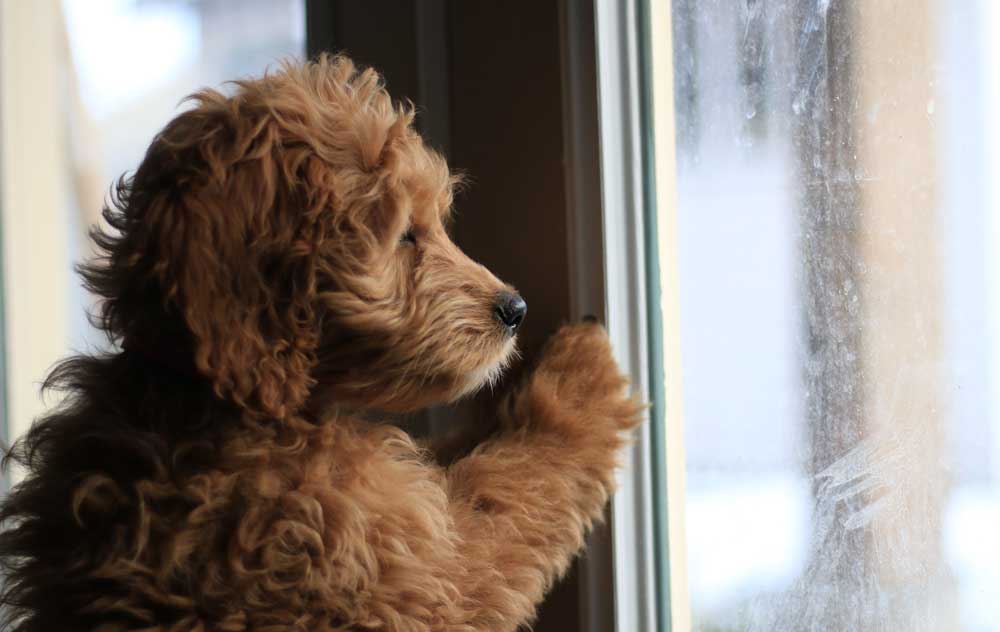 If you are planning to bring a Goldendoodle into your life, expect to spend a lot of time with them. They are very people-oriented dogs and will definitely follow you around your home. Goldendoodles do not like to be left alone for prolonged periods. They can develop separation anxiety, which may manifest in undesirable behaviors such as incessant barking, chewing, digging, or destructive behaviors. 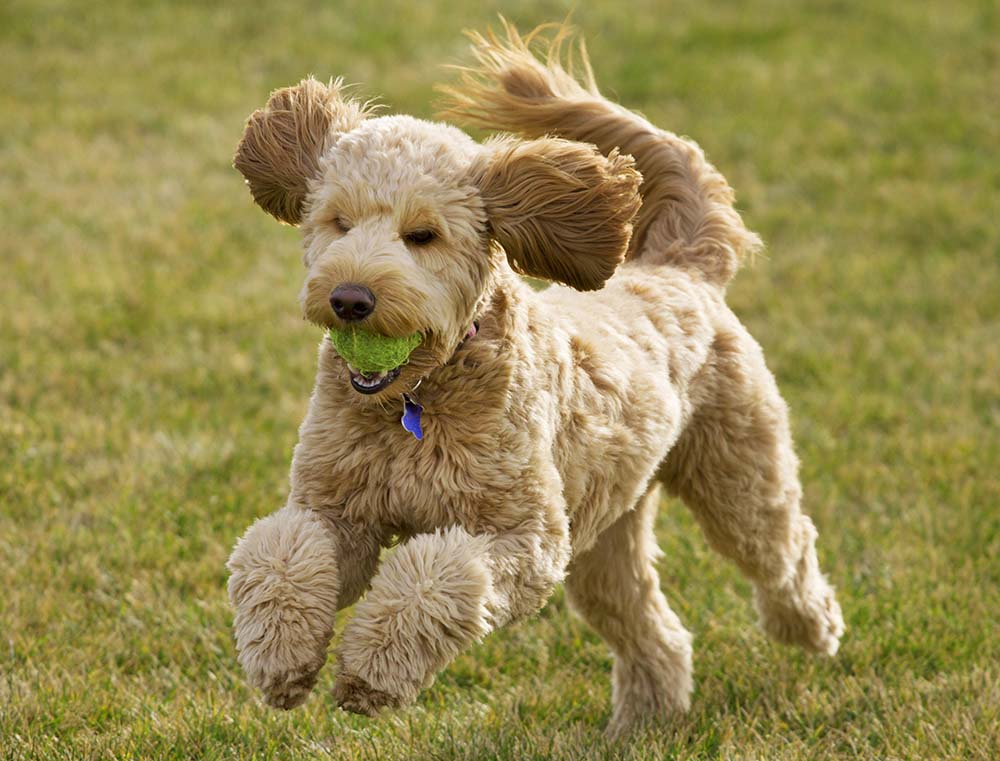 Goldendoodles also will need a lot of exercise. If you are looking for a hiking buddy, you’re in luck! If your exercise regiment currently consists of walking from the couch to the fridge, you should probably reconsider whether you are willing to make the lifestyle change that will be needed to accommodate a Goldendoodle. They will need at least thirty minutes of exercise daily. The great news is, there are a wide variety of activities that you can enjoy with your Goldendoodle! Try biking, jogging, and they will especially love to swim! In fact, be prepared for them to love water so much that they may start digging in their water bowl to make a puddle on the floor to lay in, or excitedly splash around in the rain. Always monitor your puppy around pools and bodies of water to ensure their safety.

If you are prepared for an active lifestyle, spending a lot of time with your dog, and meeting the dog’s physical and mental needs, then a Goldendoodle will be a great choice for you. They are wonderful, affectionate dogs and would love to become your best friend for life! If you are ready to commit to a new member of the family, we encourage you to check out our available puppies! 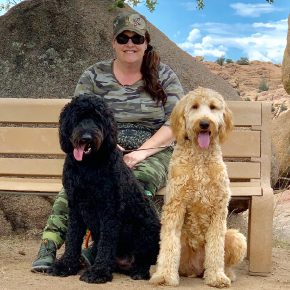 5 Ways to Tire Out Your Puppy